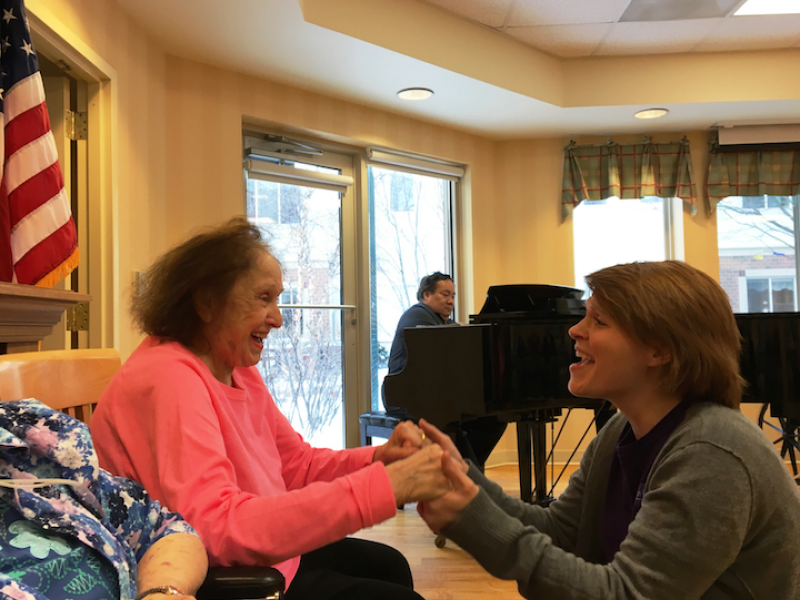 Radford Green of Sedgebrook began offering a program to its memory care residents in October that has people singing its praises – quite literally.

In addition to its current roster of activity programs, the senior living community recently invited Songs By Heart to visit three days a week. The organization offers professionally trained vocalists and musicians to lead interactive sing-along programs to engage with residents.

The results have been remarkable. In addition to toe tapping and finger snapping, many residents will also sing – an activity that for some was lost years ago as a side effect of dementia.

“The program is really enchanting,” says Mary Seaberg, Activity Program Manager for Radford Green. “For those who have lost the ability to have their voice heard because their word finding skills have diminished due to disease progression, songs and music help the residents come out and become alive again.”

It is the interaction the vocalists make with the residents as they sing songs, either by holding hands or making eye contact, that touches on the social, intellectual, emotional and spiritual aspects of wellness, Seaberg says.

Research indicates that music can shift mood, stimulate positive interaction, coordinate motor movements and facilitate cognitive function, and staff at Radford Green can certainly attest to noticing those improvements in residents during the music programs.

“We know music reaches our residents even if they don’t have cognitive impairment,” says Director of Assisted Living Leslie Green. “Watching some of the residents get up and dance when the singer starts to sing touches a part of your heart. Their faces just light up.”

Community leadership visited a Songs By Heart performance and knew immediately it was something they wanted to bring to Sedgebrook. When the performers came and performed a short demonstration of their act, it only took one song to notice a change in the memory care residents who live with dementia and Alzheimer’s disease.

“The residents were immediately alert and engaged,” Seaberg says. “Music is instant, gratifying and comforting to the residents. So when a song begins they perk up and tap their toes.”

Songs By Heart is designed for residents living in memory care neighborhoods, but it draws in spouses living in independent care for some quality couple time.

“It is very inspiring to see the music allow the clock to stop for 45 minutes for total engagement between spouses, and see the hand holding and snuggling come back to them during the program,” she says. “The music is the key.”

In fact, the staff at Sedgebrook recognize just how important music is to the residents that a player piano is located in the memory care wing, and upright pianos are located on the other floors for impromptu sing-alongs between staff and residents. Those locations are also used for other weekly live musical entertainment including guitarists, violinists, accordionists, flutists, saxophonist and vocalists.

“The staff is right there with them to engage and hold hands and sing,” Green says. “We are very happy that we are able to make this musical commitment to the entire community. There is a human need for touch and when you couple that with music it’s a win-win, all the way around.” 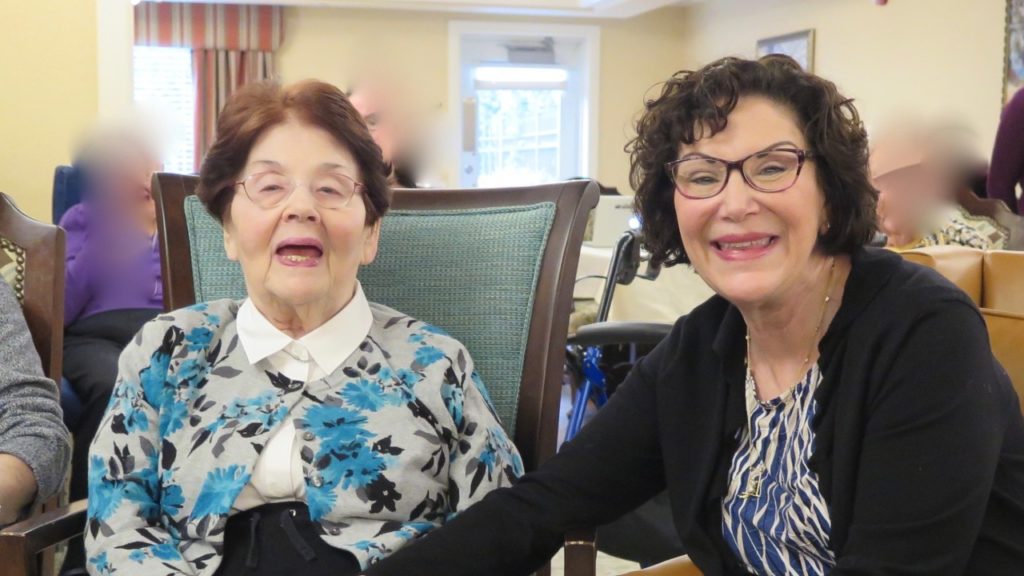 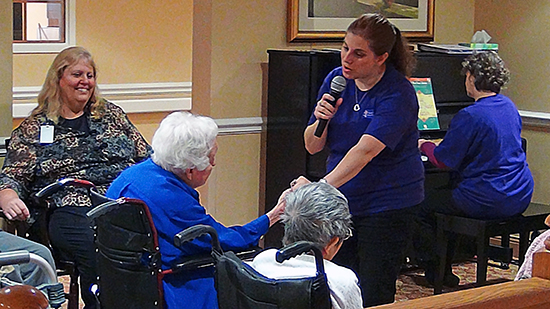